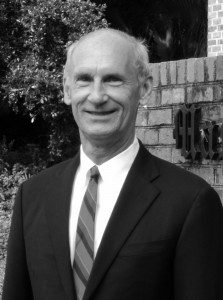 Charles is a native Charlestonian and graduate of the College of Charleston.  After college, Charles began his working career in Louisiana in the oil industry.  In 1982, Charles transitioned his career to the insurance industry and worked as a personal lines property and casualty, and life and health insurance agent with Louisiana Farm Bureau.  Charles returned to Charleston in 1988 and worked for a local insurance agency as a commercial lines insurance producer.  In 1994, Charles joined Mappus Insurance Agency specializing in both commercial lines and high-end personal lines insurance.

Charles feels very fulfilled with his role at Mappus Insurance Agency advising and helping residents of the Charleston community build their insurance programs.  Charles especially enjoys getting to know his clients and discovering common interests.  Charles appreciates relationships and believes they are key to long term client-advisor success.  Charles feels that he does not so much “sell” insurance but helps educate his clients which allow them make an educated purchase.

In his free time, Charles enjoys spending time with his family, working at a small tree farm he owns, as well as playing music in a local band.  Charles also enjoys swimming, hunting and participating in various activities at his church.